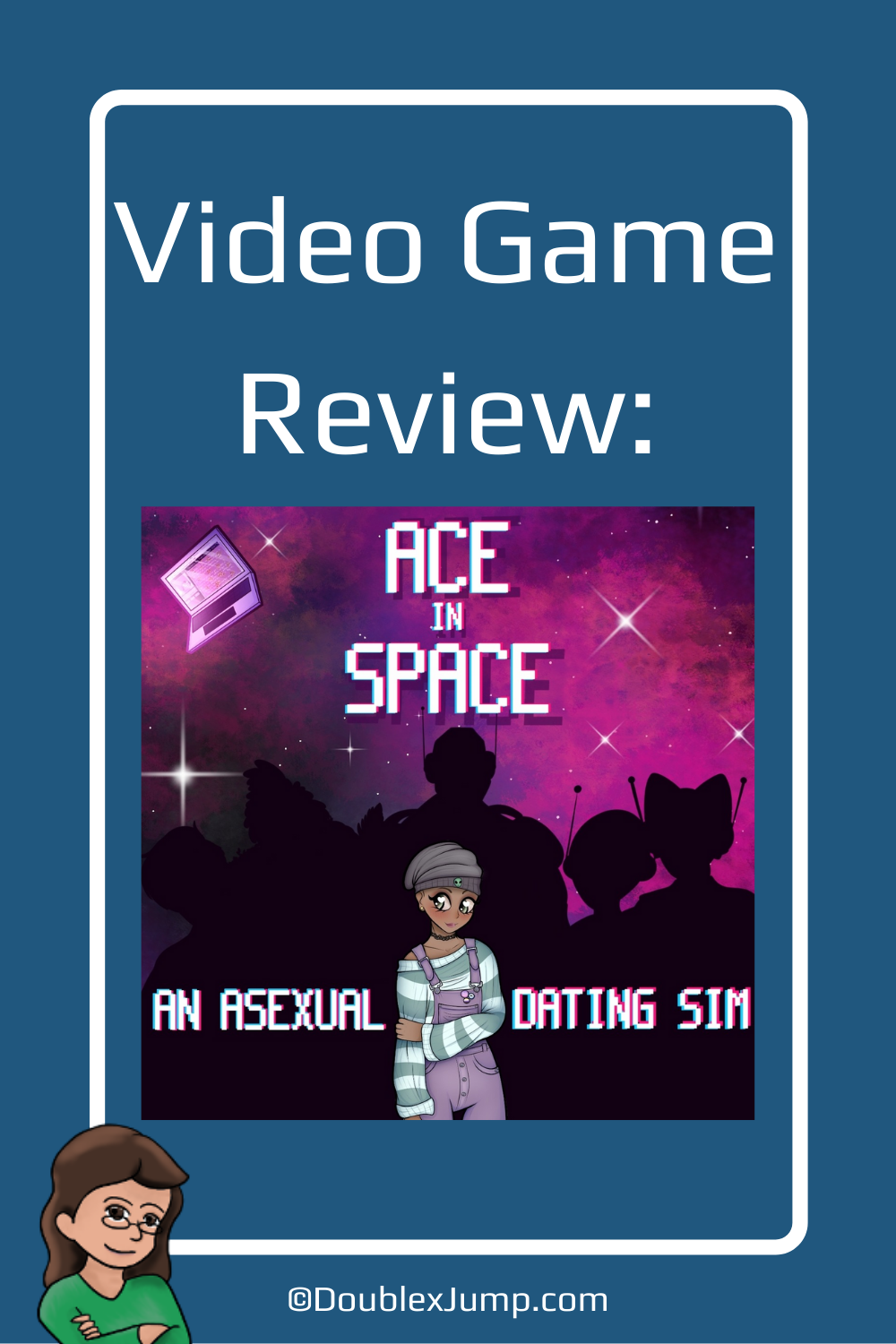 Ace in Space has been on my radar since I first heard about it in the tail-end of 2019. While there have been a few canon asexual characters in video games popping up in recent years, asexuality is still an underrepresented sexuality in media.

The only actual game that I’ve played that has mentioned asexuality is Arcade Spirits, which is an absolute delight of a game, but asexuality is also paired with aromantic in it.  That’s not a bad thing, but as an asexual who doesn’t mind romance, it wasn’t quite true to me. I was excited to see how Ace in Space would portray asexuality with romance options and finally had the chance to experience the game. 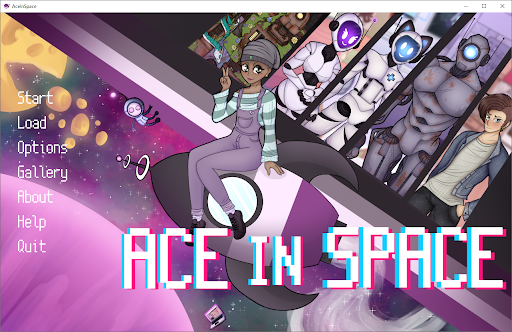 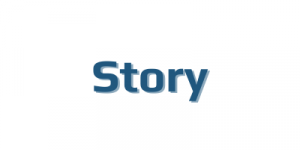 Ace in Space starts out with the main, non-binary character named Adrian Clarke — who later goes by Enby with neutral pronouns — doing their best to live out what remains of their life on earth with their parents. Enby had been diagnosed with a form of cancer that was making them deteriorate. The doctors on earth weren’t sure if there was anything else that could be done to help save Enby’s life.

Cue the aliens coming to earth.

A spaceship called the Orias touches down on earth after doing research of the world’s population in order to invite a couple of hundred of humans to join the robotic aliens to their planet. Rather, the planet that the benevolent robots are helping the humans shape as a new society called T-3R4. Terminally ill folks, homeless people, and others who just seem to be down on their luck or in desperate need of a new beginning were handpicked by these robot aliens. Enby is one of the humans taken to go to planet T-3R4.

It is on this planet that Enby helps to shape the society as well as make friends — and potential relationships — with the robots and other human citizens of T-3R4. The robots also do their best to not only be sure everyone is comfortable but to also cure Enby of their cancer.

The story itself is cute, but there are times during the dialogue when there is a lot of information swapping between the characters, especially about asexuality and being gender-neutral itself. It’s not a bad thing by any means — the information is useful and opens a dialogue for those who may have questions regarding these sexuality and gender identities — and much of the talk is also open about the comfort level of the parties involved in a relationship. Sometimes, though, it does seem extra wordy, especially since straight and cis-gendered characters would never need such exposition.

These types of talks are needed — especially since it’s a visual novel where dialogue is the norm — but it would be nice if the information was conveyed more organically. 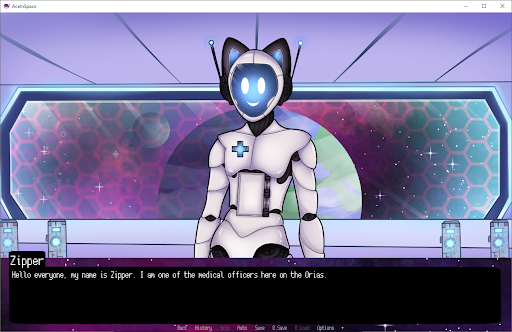 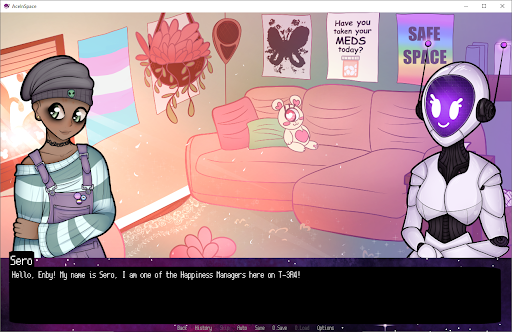 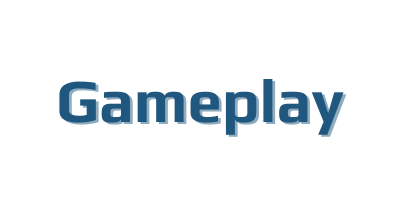 Being a visual novel and simulation game, Ace in Space is primarily played by choosing responses during certain questions throughout the game. The answers you choose help determine the ending that you receive, whether it be good or bad, as well as which character you romantically pursue. There is also the option not to romantically pursue anyone.

There are multiple endings, some good and some sad, that will be unlocked depending on your responses. Considering each playthrough only takes about two to three hours, it would be simple enough to unlock the many endings.

However, I also felt that there weren’t enough choices to make throughout the game. My first playthrough ended with me receiving a sad ending, but it seemed to me that I didn’t make enough choices to really warrant it or try to end up with a good ending. It left me thinking about which questions would start me on the sad path or what I could have done differently. 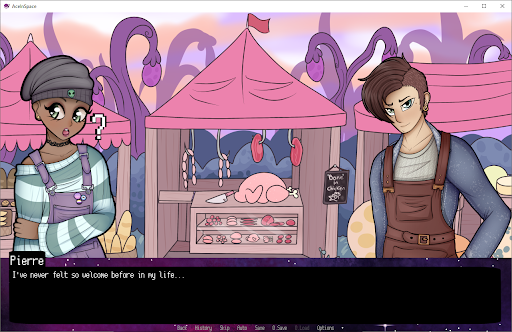 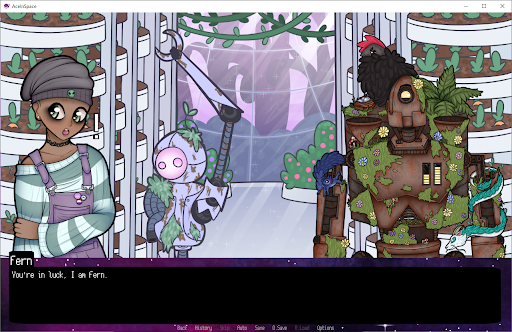 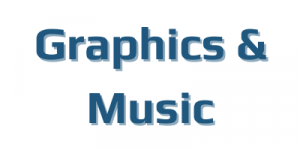 The game itself was adorable and I loved the background images of the visual novel. Bright and similar to the color scheme of the asexuality flag, Ace in Space was full of purples and grays, allowing the characters themselves to pop out in the foreground. The robot characters especially had fun designs, allowing a player to look at them with a glance and realize what their specialties were, such as a medical robot or one in charge of the greenhouse.

The music was calming and fun to listen to as well. It wasn’t overpowering enough to distract from the visual novel itself, but the tunes were excellent background noise as you read along with the story. 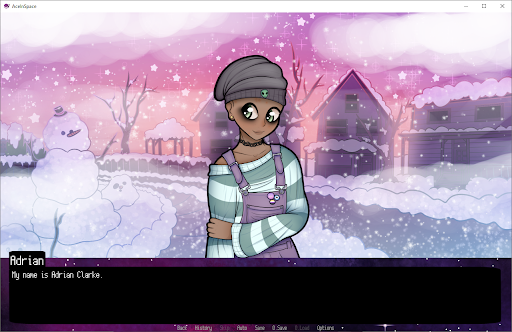 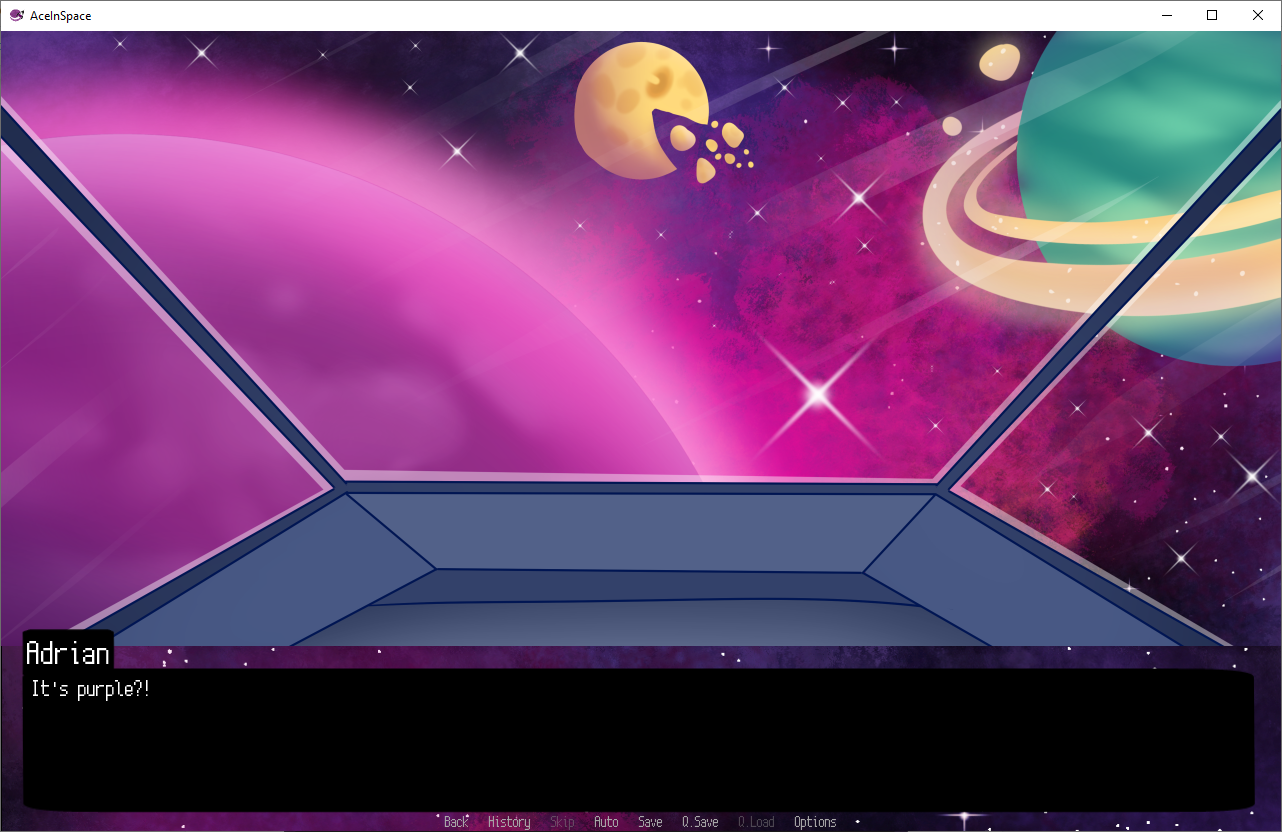 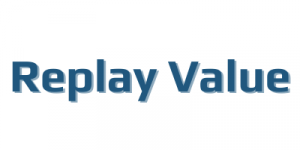 Considering the multiple endings and the short playthrough time, Ace in Space is a decent game to replay. The characters are fun and the graphics are beautiful enough to warrant a second or third playthrough alone.

Have you played this game? What did you think? Let us know in the comments!

Life with Pets [Board Game Review]