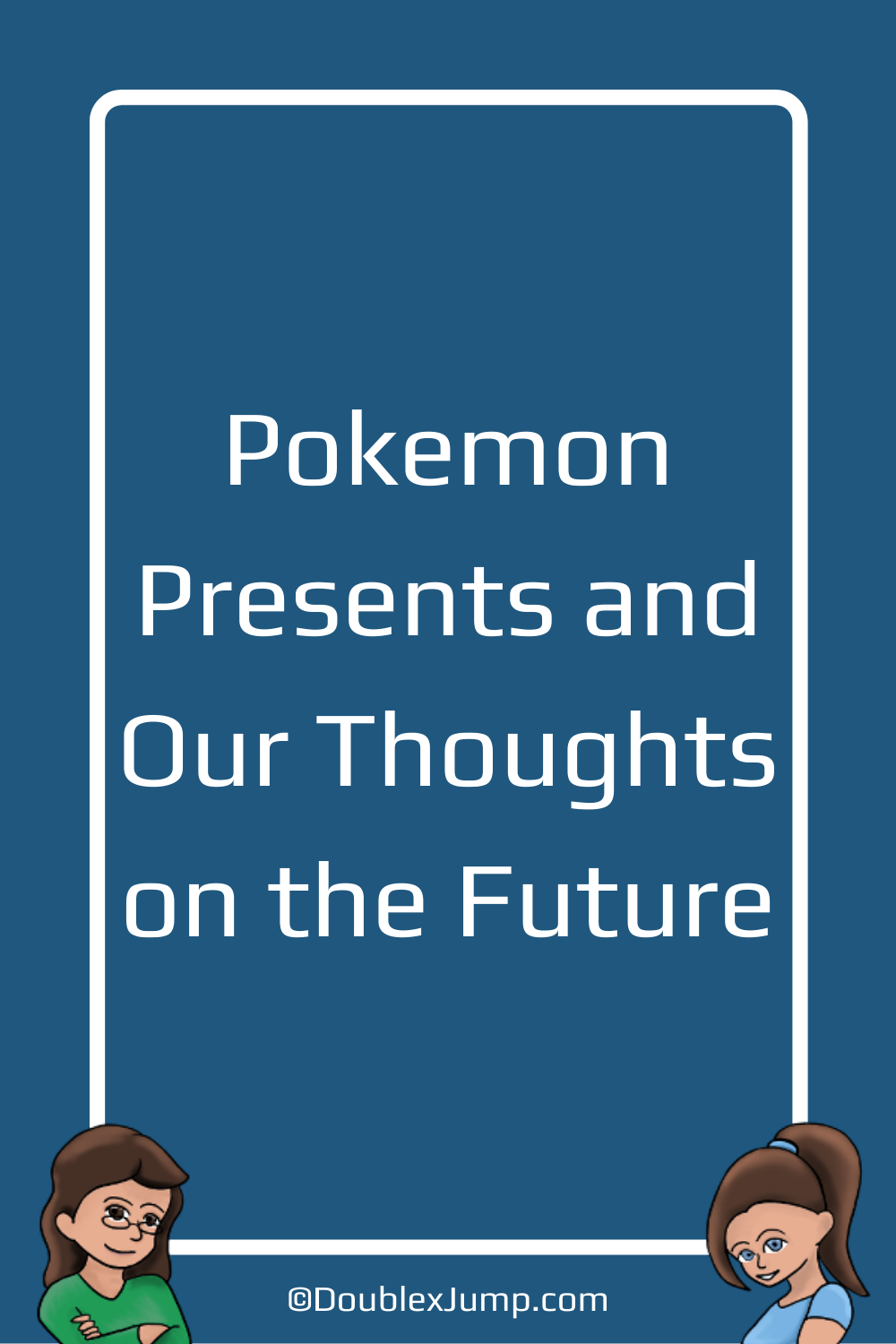 On Friday, February 26, 2021, one day before Pokemon Day, we finally got some news from the Pokemon Company about some new things happening in the Pokemon world. The roughly 20-minute direct was less than I expected, but I was happy with the announcements. And I say I expected more because I thought they would do rapid-fire announcements with special events throughout the year for Pokemon.

Instead, we got a little more insight on New Pokemon Snap, which will be released on the Nintendo Switch on April 30, 2021. We’re so looking forward to that! Then there were two other major announcements – one we wished for and ultimately saw coming, thanks to rumors, and another announcement that shocked us all.

Granted, twenty minutes was actually longer than previous Pokemon Presents, so we were pleasantly surprised with it. Like many others, we were definitely hoping for the Diamond and Pearl remakes. Brilliant Diamond and Shining Pearl look fantastic, and we’re excited to finally return to the Sinnoh region after all these years!

Because it’s the Internet, people are unfortunately already divided on the remakes’ art style. It’s a little more chibi-like than Sword and Shield or even the Let’s Go duo. While we don’t mind the art style at all, it wasn’t surprising that others would complain about it. It’s a shame, in all honesty, that some folks are disappointed by it when the majority of Pokemon fans seemed to have been waiting fifteen years to go back to Sinnoh.

Brilliant Diamond and Shining Pearl are such awesome names! I had a feeling the remakes were coming but I had no ideas on what the games would be titled. I’m so happy to finally get the chance to go back to my “home” region. I’m looking forward to seeing Barry and Cynthia again along with my pal, Chimchar.

I thought the art style was adorable. I appreciate that they made homage to the original Nintendo DS art style, but updated it enough so it’s not super pixelated. Although I think having the pixel art would be pretty cool, I get updating it for the Switch. The thing is, people are going to complain about something but they’ll still buy and play the games because… Pokemon. What I want to know is what changes they’ve made? Obviously, there are many new mechanics in the games such as mega evolution and dynamaxing. They included updated mechanics in Omega Ruby and Alpha Sapphire, so do you think they’ll include that in Brilliant Diamond and Shining Pearl?

I presume they’ll have updated mechanics for the remakes. At the very least, they’ll at least have to update the Pokemon types and move sets to go along with the current generations. I wonder how Fairy-types will fare in the Sinnoh region? I think I will be surprised if they included dynamaxing in Brilliant Diamond and Shining Pearl. I can’t picture it with that art style. It’d be interesting to see mega evolution return, especially since that mechanic only existed for X and Y and the Hoenn remakes. I was confused when mega evolution was abandoned for Z-Moves in the Alola games.

Despite the few complaints I’ve seen about Brilliant Diamond and Shining Pearl around the Internet, I didn’t see any bad talk about the other major announcement we got. Pokemon Legends Arceus gave everyone Breath of the Wild feels, and I cannot wait for that game!

Z-Moves… I knew I was forgetting something. I can’t imagine they’ll have dynamaxing either, but do you think they’ll shoe-horn a wild area type place? Or maybe our Pokemon will be able to follow us around? I’ll be pleased even if it’s just a port with updated graphics, but I’m curious and so eager to get my hands on the game.

Pokemon Legends Arceus was something we certainly didn’t see coming. We had been wanting an open world Pokemon game for a while, sort of knowing in the back of our minds that it would never happen. Pokemon Go would be the closest thing to it. So, when they began to showcase a “prequel” type Pokemon game (and set in the Sinnoh region, yay!), I was absolutely shocked and so excited at the same time.

From the images and videos we saw of the games, I don’t think any Pokemon were following us around, unfortunately. I would love some sort of wild area in the game. Maybe they’ll reconfigure the Safari Zone into a wild area? We had some awesome times roaming around Sword’s and Shield’s wild areas and DLC with our characters together! It’d be great if there’s a part of Brilliant Diamond and Shining Pearl that allowed us to do that again. From what we saw, though, it seemed to be a rather faithful port of the original Diamond and Pearl, perhaps with Platinum story elements included.

A Pokemon game centered on exploration is definitely something I’ve wanted for years! If they somehow include farming sim mechanics, a place where we can grow berries and apricorns while raising our Pokemon, I’d be ecstatic. Either way, I’m definitely eager to explore the Sinnoh region before the majority of the cities were built, discovering what Pokemon may have been in those wilds all that time ago. Being able to focus on a certain Legendary Pokemon’s story sounds amazing as well.

True, we didn’t see any of that in the trailer. Still, it could happen. Again, I’ll be happy with whatever though.

I wonder if the Wild Area was a “test” to see how people would react to such an open world. Since everyone loved it, they probably decided to continue on with Pokemon Legends Arceus. I’m so excited to learn more about Arceus, the Pokemon who created the universe. It’s such perfect timing along with the Sinnoh remakes so veteran Pokemon players will be familiar with Sinnoh while getting something new, while newcomers to the series will get to know the Sinnoh region as a whole. If they play both games, the Pokemon will soon be familiar to them.

I would love a proper open-world Pokemon game. Give me an MMORPG, Nintendo! Hopefully, that is on the table for them for the future. It’s true that having both the remakes and the new game come out in a similar timeframe is perfect for all Pokemon players. I’m eager to see just how many other generations of Pokemon will be included in Legends, in particular.

In the meantime, I’ll make do with Pokemon Legends Arceus, but I bet I’ll enjoy the game enough to want more Legends. I hope they’ll have a Pokemon Legends Suicune to go along with the Let’s Go, Johto games if those are ever released! Since I’m thinking of potential upcoming games, despite the awesome announcements we just received, was there anything in particular that you had hoped to see at the Pokemon Presents but they didn’t deliver?

I honestly think they’re building up to something greater. If Pokemon Legends Arceus does well, then we will potentially get “prequels” for every region. At least, I hope that happens. We all love the “third-tier” games – Crystal, Emerald, Platinum… and then they stopped. This would be a great opportunity to bring those ideas back in a brand new way. And, if they’re going to keep coming out with remakes of the older generations, it’s a great idea to do a two-for-one.

Honestly? I would have loved to see another Mystery Dungeon game, but I knew that wasn’t going to happen because we just recently got one. As much as I enjoyed playing the port on the Switch, I would love to have a brand new one with all 898 Pokemon. Of course, I wouldn’t say no to generation nine, either.

That would be amazing if they were gearing up for something huge in the Pokemon world. Perhaps a game that somehow ties all eight regions together? Allowing us to travel between them, catching as many Pokemon as we can? If they can’t make the entire game similar to the wild areas, what with seeing fellow trainers, then perhaps they can dedicate certain areas to allow us to see each other on our journeys.

I don’t think anyone would have said no to the next generation already, but I feel like we still need the rest of the Pokemon available in Sword and Shield, haha! I want just one more DLC that brings in the last 200 or so Pokemon into the generation eight games. Still, I’m very pleased with what we saw. The sheer delight at seeing the remakes and the awe that was generated from the Legends Arceus announcement was amazing!

What was your favorite part of the Pokemon Presents? Let us know in the comments below. If you liked this post, please share it! 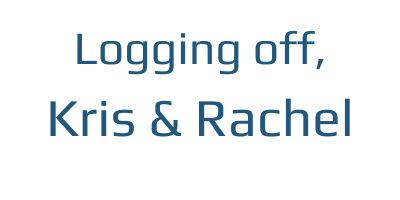 Would You Rather: Super Nintendo Edition